Gotta Minute is Western Canada’s first film fest for Commuters proudly brought to you by PATTISON Onestop and FAVA.

The festival features one-minute silent short films in public spaces. Gotta Minute is a celebration of public art on public transit in public space.  A gem of a fest for one and all, big and small, proudly brought to you by PATTISON Onestop & The Film and Video Arts Society of Alberta (FAVA). Learn more about the festival here.

Name That Moss | Brittney Miller & Michael Kernan (Little Vine Productions)
Edmonton, Alberta
“Moss. Beautiful, tiny, and everywhere, but how do you name them? Follow a moss on its journey to be named by a Bryologist.”

Microcosm: Backyard | Tom Robinson and David Baron
Edmonton, Alberta
“Everyone is stuck. And when you’re stuck, but need nature, you must find its grandeur in miniature.”

Me and the Island | Carlo Ghioni
Mayne Island, British Columbia
“Upon being struck by the beauty of nature, a young conservationist carries around a continuous passion for trees and animals which leads to disastrous results.”

Roundelay | Scott Turri
Pittsburgh, Pennsylvania
“I created a portion of the animated sections with nonrepresentational linear elements, interested mainly in undulating moving lines, in combination with the rhythmic pattern of bird flight, and repetitive pulsing circles. By building a variety of animated parts, I then work at combining, looping, and overlaying these lyrical components by sequencing these passages into a hypnotic rhythm with the intent of mimicking the ebb and flow of nature.”

From W to VV | Carlo Ghioni
Mayne Island, British Columbia
“W stands for Water and VV stands for Venetian Vendetta – nature comes back and conquers all during the pandemic lock-down – from W to VV.”

AUTUMN | Jean-Marie VILLENEUVE
Paris, France
“A little girl is thinking about her dad.”

Boy and the Sea | Avant Kinema (Sarahjane Swan & Roger Simian)
Galashiels, Scotland
“Impressionistic portrait in home-processed Super 8 of a small boy’s sensory experience of the Sea – speaking of the haziness and magicality of memory.”

Notes on a Bike Ride | Juan Pablo Cortés Dueñez
Calgary, Alberta
“Two kids race through their neighborhood with their bikes.”

Eyes On You | shrikant prabhu
Bangalore, India
“Eyes of the children carry million dreams,secrets of the world”

Lights| Van-Thu Michelle Tran
Edmonton, Alberta
“A film about death, smoking, peer pressure, and the changing of times. A girl who has a fear of smoke and dying gets lost in her fears and anxiety while at a party but comes to a reassuring realization of finding support in your friends.”

Scenes Before Quarantine | Laura la France
Sturgeon County, Alberta
“What we were up to before the pandemic reached us.”

Betty is in Lockdown | Jordy Wiens
Edmonton, Alberta
“Trapped in her assisted living facility, Betty takes matters into her own hands when she’s told that she is not allowed to see her great-grandchildren.”

Cup | Anthony Goertz
Edmonton, Alberta
“When you throw away today’s coffee cup, where does it go?”

Sacred | Akira Iahtail
Edmonton, Alberta
“Métis and Cree Elder Elsie Paul teaches how to make bannock and Métis grease buns, and the ways she incorporates her cultural teachings in the process.”

The Wait | Nolt Vutthisak
Nonthaburi, Thailand
“”The Wait” (Written & Directed by Nolt Vutthisak) tells the story of a lonely drummer (Kritthee Visitkitjakarn) during the self-distancing period in 2020, who has grown frustrated with the absence of his band. Killing time, the self-taught drummer must do something by his own imagination.”

My Favourite Song | Madeline Setzer
Edmonton, Alberta
“Laying on the floor in the dark, playing your favourite record.”

My Hands | Jeff Evans-Todd
Vancouver, British Columbia
“This is the story of my own personal fidgety hands, and how, occasionally, they find moments of peace.”

In/exhale | Tia Bennett
Edmonton, Alberta
“In/exhale was made using charcoal drawings of my mother. It speaks to the cyclical nature of routines and the special calm that comes with endless, repetitive things– like pieces of her yoga routine.”

Passages No.1 | Myriam Boutin
Calgary, Alberta
“Searching for a way out in a maze of your own making.”

(Para)Normal | Renna Pilar
Visalia, California
“Made during the quarantine era of the global pandemic, this fashion film contemplates the concept of normality through stream of consciousness and one-of-a-kind statement pieces.”

Finding Star Seed | Veronika Jane McGinnis
Edmonton, Alberta
“In Finding Star Seed, I explore streams of consciousness in the hopes of achieving mindfulness through magick; while processing guilt and loss.”

I don’t dare touch | Dana Rayment
Edmonton, Alberta
“Coming back to dance with my hands, the first morning light and found footage in the background. A story of light and a return to the joy of dance.”

The Strange Cloud | Mathew Gooding
Edmonton, Alberta
Makes me want to touch it.

Artist | Max Zachrisson
Switzerland
“Have I made it yet? You’ve exposed yourself, you’re vulnerable, you’re on a slippery slope to nowhere in pursuit of someone else’s vision of success. Your adoring fans exist only within this hollow, self-made shell of illusion. Have I made it now? You’re in a constant state of bombardment and the more you try, the more you receive it. How about now? You’re scared, so procrastinate a little more, distract yourself with other things. I must make it. You laugh and cry about it, a dog never catches it’s tail you know. Have I made it yet?”

Whirlwind | Adolfo Ruiz
Edmonton, Alberta
“Whirlwind is a hand-drawn animation, consisting of over 700 pen and ink drawings, rendered during the early stages (from March to July) of the 2020 global pandemic. The film’s visuals were elicited by unfolding events during these months—evoking the entanglement of urban landscapes and the natural world, while illustrating a constant sense of movement and transformation. The animation evolves through a combination of representational and abstract imagery. Whirlwind occasionally reveals recognizable shapes, but the film primarily makes use of organic form and stark geometry to describe the flux of activity that has emerged in recent months.”

Prologue | Jody Wood
Brooklyn, New York
“A playful exploration about our human desire to control our own randomly occurring fate.” 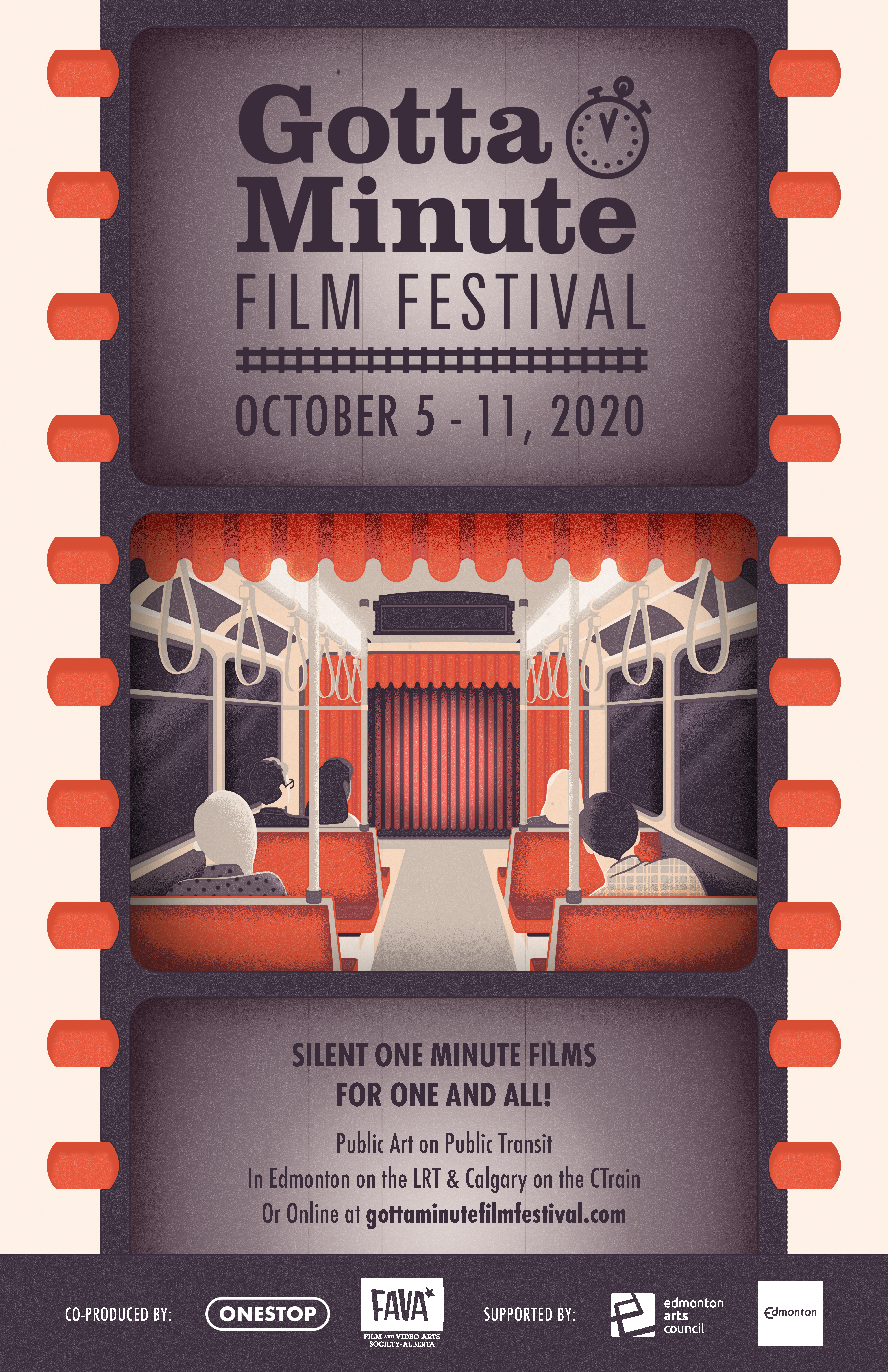