FAVA is excited to present our FAVA FEST 2021 event this year in a COVID-Safe environment!

Our annual event is a celebration of members and some of the amazing work they’ve produced over the last two years.

With something for everyone including documentaries , narratives, music videos, animation and more, FAVA FEST 2021 brings the unique visions, perspectives and stories from FAVA members together under one festival.

The program and delivery of this year’s festival is designed to follow COVID-19 safety recommendations and best practices. 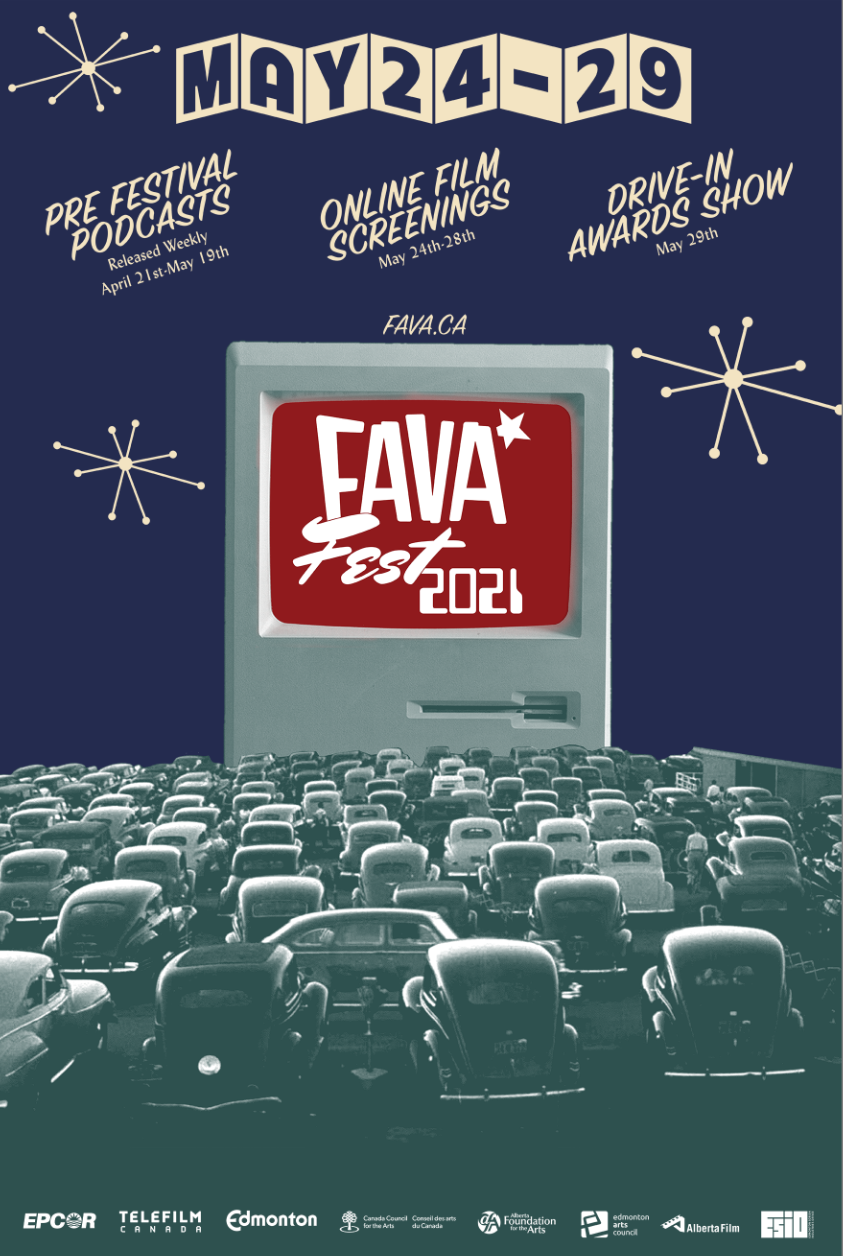 To make a donation and get access to all the festival screening content, simply click on any film in any of the seven genre categories below. From there, you will be able to pay to access all films!

Me and the Island
carlo ghioni
Animation | 2020 | TV Paint | 6 mins
The adventures of a city-grown nature lover as he plunges into nature for real.

Whirlwind
Adolfo Ruiz
Animation | 2020 | 2 mins
Whirlwind is a hand-drawn animation consisting of over 700 ink drawings, rendered during the early months of the global pandemic. The film’s visuals were elicited by unfolding events. The process of drawing this film, frame by frame, coincided with a unique sense of time and space that emerged during the pandemic. The unique flow of time experienced during the first half of 2020 provided a new type of lived experience—proper for reflection through hand-crafted animation.

seeing her
Lindsay McIntyre
Animation | 2020 | 16mm | 4 mins
A close-up look at my great-grandmother’s amauti. But what is between what you can and cannot see?

The Bearer to Pass Freely
Director: Adam Bentley
Animation | HD | 2020 | 1 min
When the pandemic hits, a lone hero in quarantine must make their world livable by battling diseased airplanes or face an eternity in isolation.

Queen of the Oil Patch – SSN 2 EP 4
Directors: Frederick Kroestch, Neil Grahn & Shirley Mclean
Documentary Short | 2020 | HD| 23 mins
Massey starts meeting with Jon Jon, a trauma therapist, in the hopes of working through his past experiences. Iceis Rain, his female identity, gets a butterfly tattoo and throws a birthday party for herself at the local bingo hall. She travels to Cardston’s annual Powwow and dances as a female for the very first time and then sings in a back-alley party on 118th avenue.

In Search Of Professor Precarious
Director: Gerry Potter
Documentary | 2020 | 4K | 80 mins
“Hidden academics, just-in-time professors, freeway flyers, adjuncts, sessional, contract faculty‚ invisible professors”. Call them what you want, the majority of those teaching in colleges and universities are now on short-term, temporary contracts. If you are a student, you may have heard them mumbling under their breath about poverty-level pay and sweatshop working conditions. Is it REALLY like that? If so, wouldn’t that be very bad for education? And who is fighting for fairness and quality in education? After 27 years of teaching drama and film classes, I vowed to take NO MORE teaching contracts and I set out across Canada to find and film the answers to those burning questions.

Solidarity Film Camp
Director: Andrea Beça
Documentary Short | 2020 | Digital 4K | 36 mins
The story of a film camp for marginalized youth, aimed at improving representation in film, both on-screen and behind the scenes.

Cup
Director: Anthony Goertz
Documentary Short | 2020| HD | 1 min
What is the story of what you throw away?

Digging In The Dirt
Dylan Rhys Howard and Omar Mouallem
Documentary | 2019 | 4K | 45 mins
A documentary about the psychological costs of working in Alberta’s oil sands and the mental health crisis that has been ignored for a decade.

The Wise Fool
Geraldine Carr
Documentary Short | 2020 | HD | 32 mins
Laughing is a lifetime achievement! Sooner or later, everyone plays the fool. Meet Jan Henderson – director, educator, clown extraordinaire, saving the world one red-nose at a time. For 40 years Jan has led countless students on inspirational journeys to release their inner clown waiting in the wings. Hear Jan’s story and why she believes clowns emerge when the oft-cruel world needs them most, to entertain and gift their audiences with hope, truth, love and compassion.

The First Christmas At Home
Director: Steven Brese
Documentary Short | 2019 | Digital | 11 mins
An 80-year-old man journeys back to his birthplace for the first time since 1944 to discover his roots and celebrate Christmas with long-lost relatives in a tiny Ukrainian village

Calling All Captains: Made For This
Justin Kueber
Documentary Short | 2020 | Digital | 36 mins
Through relentless touring and a persistent, hardworking attitude Edmonton based punk-rock band. Calling All Captains has continued to push boundaries and chase their dreams. “Made for This” chronicles the journey of the Captains and their inseparable bond which them to playing their largest and most important show to date; opening up for world-renowned punk rockers, The Offspring.

OVA – A Woman’s Fertility Gift
Rebecca Campbell
Documentary Short | 2019 | 4K | 11 mins
A woman who is almost 50 years old desires to have another child. In a last attempt to do so, she seeks a young and experienced egg donor.

Small Town Strength
Director: Darryl Haugen
Documentary Short | 2020 | 4K | 25 mins
Grande Prairie, Alberta has a group of athletes, coaches, promoters, and commission members who dedicate their time to the growth of Martial Arts. Small Town Strength delves into the past, present, and future of what this community has to offer to the world of combat sports.

Sister Sorrow
Daliso Mwanza and Tasana Clarke
Inter-Art Performance or Installation | 2020 | HD | 5mins
Sister Sorrow a poem by Dwennimmen and filmed by pepper’d founders (Daliso Mwanza and Tasana Clarke). This interdisciplinary poetry film was shot for the 2020 Found Festival. The project brought together elements of poetry, film and music (composed by Biboye Onanuga).

STAND BY
Lindsay McIntyre and Brittney Appleby
Experimental | 2020 | iPhone 4/5s/7 | 7 mins
Under the care of manned mechanical beings, we sit and wait in suspension. Held in abeyance, one cannot help but be captivated by these beautiful, hopeful, watchful creatures.

Bipolar
Director: aAron Munson
Experimental | Digital 4K | 2020 | 8 mins
“You cannot catch hold of it, nor can you get rid of it.
In not being able to get it, you get it.
When you speak, its silent, when you are silent it speaks.”

Shades of Worth
Director: Nauzanin Knight
Experimental | 2020 | Digital | 2 mins
An exploration of beauty and self-worth in Black women.

Shea, by NASRA
Effy Adar
Experimental | 2020 | HD | 3 mins
Stretches across diaspora, bodies, and generations show our homes through memories, furniture, and clothing, all interconnected by the glistening gold of time.

The Sash Maker
Tamarra Lessard and Rebecca Sadowski
Experimental | 2020 | 4K | 9 mins
An act of decolonization- Sadowski and Lessard put Métis and contemporary dance, Cree poetry, and traditional finger- weaving on the screen as a cinematic Lesson in Canadian History.

The Inner Ring
Directors: Sylvia Douglas & Sara Campos-Silvius
Experimental | 2020 | Digital 5K | 4 mins
On the eve of her biggest match yet, the boxer Lee must battle her true opponent — her own fear.

Shay Esposito “Rise Up”
Dianne Mahoney
Music Video | 2019 | Digital | 4 mins
Victims have no look. It could be every face you meet. Everyone around you could be fighting a silent battle. Rise Up tells the story of a survivor, her fighting back and finding her voice. She rises up and helps others like her do the same.

Little Snake  “Lovestory”
Evan Pearce and Josh Tokarsky of Ommatidium Studios
Music Video | 2020 | Original 3D model animations | 10 mins
The concept is a take on realizing absurdism in a simulation or dream in which the only way to escape is finding your soulmate and open each other’s reflection portals to reveal that you are whole and can move on to the unknown. It focuses on heavy emotion, longing, connection, yearning and the feeling of being held and understood.

Jom Comyn “Chapel of Chimes”
Don Zimmermon, Jim Cuming, Caleb Ford
Music Video | 2019 | HD| 3mins
Memories triggered by physical things that transport the viewer back immediately to a certain time or place but not necessarily in a linear order.

Blu Kobina “Hooptie Loops”
Don Zimmermon, Bryce Zimmerman & Taylor Peters
Music Video |    2020 | Film | 4 mins
The concept is based on Victor Burgin’s Office at Night photo series, which was itself an homage to Edward Hopper’s painting Office at Night (1940). I wanted to work the stillness of photography into this work since Blu’s song has a melancholic, introspective feeling that I felt matched Burgin’s work. The office setting with its allusions to anonymous workers amid endless paperwork well with the young rapper asserting himself while still questioning his ambitions.

Cayley Thomas “Do It All With You”
Director: Cayley Thomas
Music Video | 2020| Sony XAVC 4K |4 mins
Cayley Thomas and Connor Snell dance in tandem in a series of soft shoe vignettes that are sure to bring a smile!

Jom Comyn “Change Your Mind”
Laura La France
Music Video | 2019 | HD | 3 mins
The official music video is about renewal, about walking away from an old life, about shedding a layer of yourself–literally–as Jim initiates a friend into the time-honoured ritual of the hot shave. Shot and improvised entirely on Super 8 film at Barber Blonde in Edmonton, Alberta.

Electric Religious “Catherine”
Director: JarvisG
Music Video | 2020 | 4 mins
Brandon has been on the road for a long time. So long that he is starting to see a girl’s face in everyone, he meets as he drives. He pulls out for rest in a small-town pub, but she’s still everywhere.  He knows it’s time to head home to Catherine.

Tennyson  “Collapse”
James Carson
Music Video | 2020 | RED | 5 mins
Tennyson finds himself lost in a dream in the mountains and tries to return to civilization.

Chronos Vocal Ensemble “Only in Sleep (Ešenvalds)”
Directors: Steven Brese & Jordan Van Biert
Music Video | 2020 | Digital | 7 mins
A mother re-experiences moments from her younger years as she journeys with her son through his childhood.

Cayley Thomas “Midnight Hours”
Cayley Thomas and  Sam Tudor
Music Video| 2019 | Kinefinity Mavo 6K + VHS | 5 mins
The ‘Midnight Hours’ can be a destructive time of night. Or alternately, they can represent a time of solitude and reflection. A quiet interval between dusk and dawn when we are forced to meet ourselves and where some uncomfortable discoveries may be waiting.

The Den  “Phases”
Laura La France
Music Video | 2021 | Super 8 | 4 mins
Captured on beautiful Super 8 film over the summer of 2019, the music video for The Den’s “Phases” feels like a nostalgic dream, not only for the band but for all of us to remember our pre-pandemic world of packed venues and live music.

Central Dental
Director: Lindsay Thomas Robinson
Short Narrative | 2020| Digital 4K | 10 mins
Lewis ends up at a sketchy 24 hr dental clinic after having his tooth knocked out and his wallet stolen.

Road from Ruin
Ryan Northcott
Short Narrative | 2020 | HD | 21 mins
A father and son attempt to reconcile their differences so that they can move on from a tragic accident.

Smile: It’s Only the End of the World
Justin Kueber
Short Narrative | 2020 | Digital & Still Photography | 27 mins
When Zara is told, “she holds the key to the end of time”, she must uncover the truth and in turn, confront her own troubled past while existing in a city overrun by an oppressive government and a mysterious black smoke looming in the sky.

Black and Blue
Director: Justin Kueber
Short Narrative | 2019 | Digital |18 mins
Nine-year-old troublemaker, Katie is forced to spend a day with her senile, blind Grandpa. Through their interactions, she unknowingly gives him something priceless; his memories.

Nasty Weird Bird
Ryan Leedu
Short Narrative | 2020 | Digital | 10 mins
Nasty Weird Bird is a short comedy/drama about a young woman who makes her way through the city while leaving a series of outlandish and revealing voicemails for a recent ex-boyfriend.

Without
Sylvia Douglas
Short Narrative | 2019 | Digital Bolex | 8 mins
When a polyamorous trio is devastated by the sudden death of their male partner the two women left mourning his loss must decide if their family can stay together. 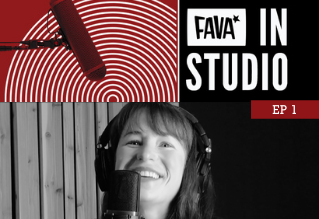 Check out Episode One of FAVA IN STUDIO podcast with special guest host
Owen Armstrong: Host of Plagiarythmon CJSR 88.5fm, and around the world at cjsr.com. 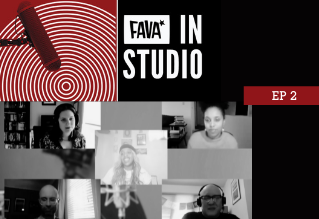 Check out Episode Two of FAVA IN STUDIO podcast with special guest hosts Paul Matwychuk and Erin Frasier of Trash art and the Movies Podcast. 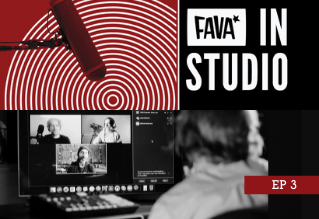 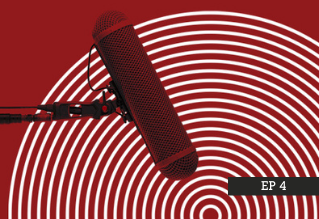 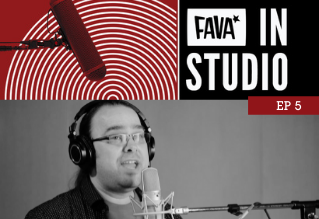 FAVA FEST 2021 is made possible with the generous support of the following organizations. 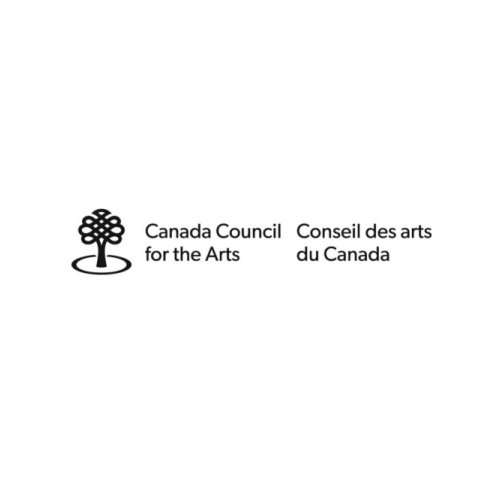 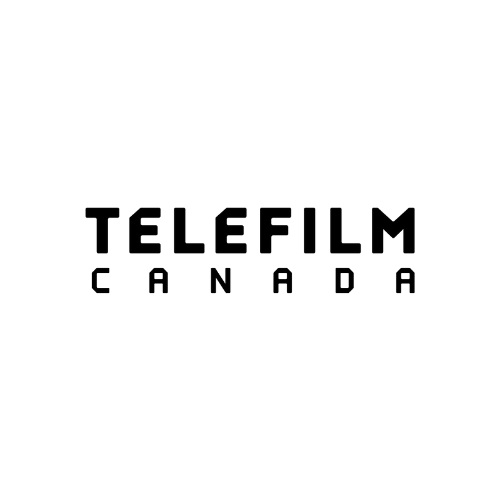 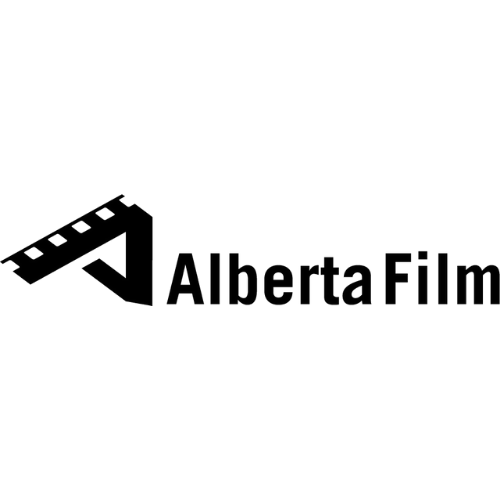 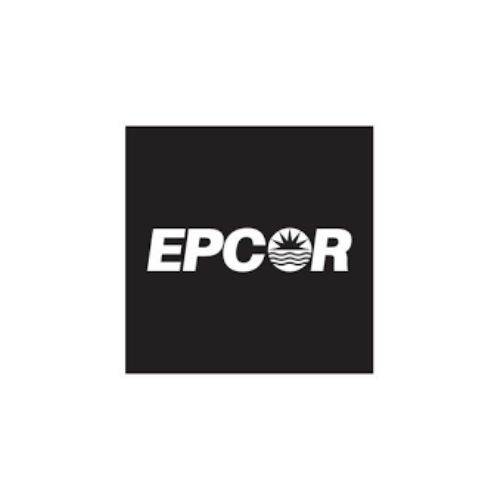 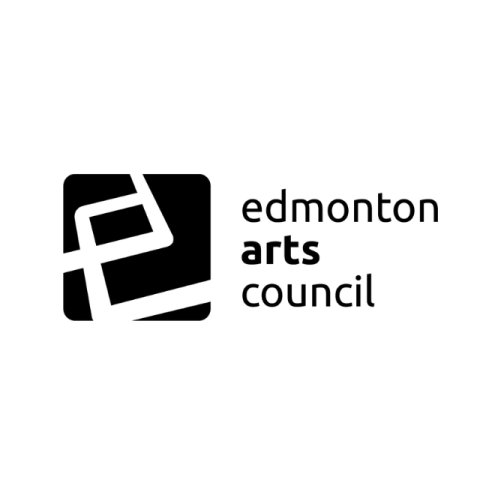 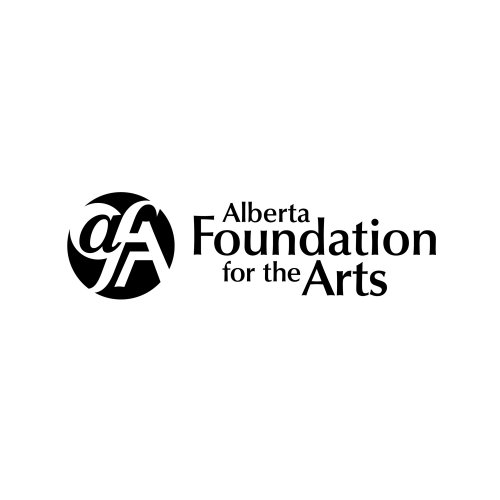 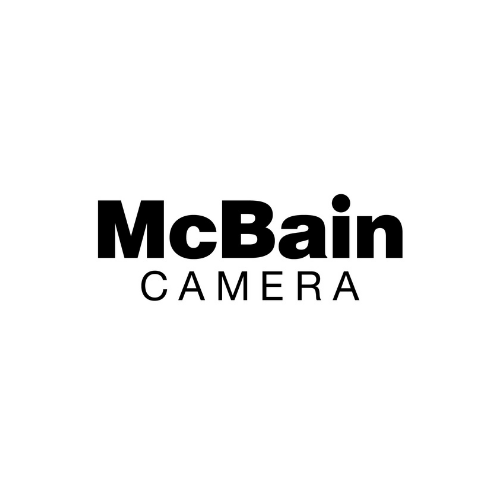 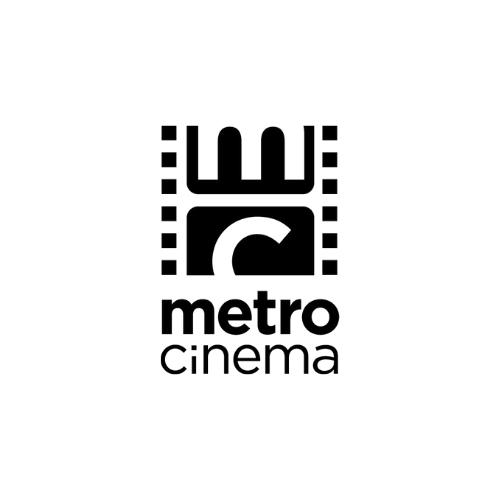 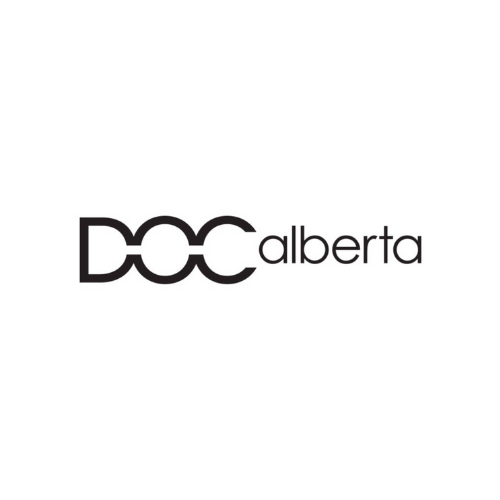 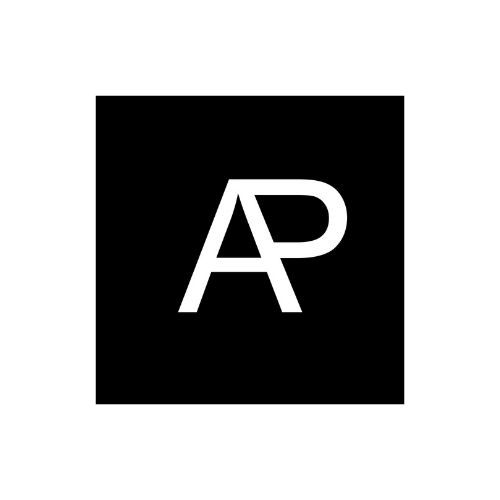