FAVA FEST showcases our member’s works and put on a big party to celebrate outstanding achievements in film, video and media art in our community. Learn more about the festival here. 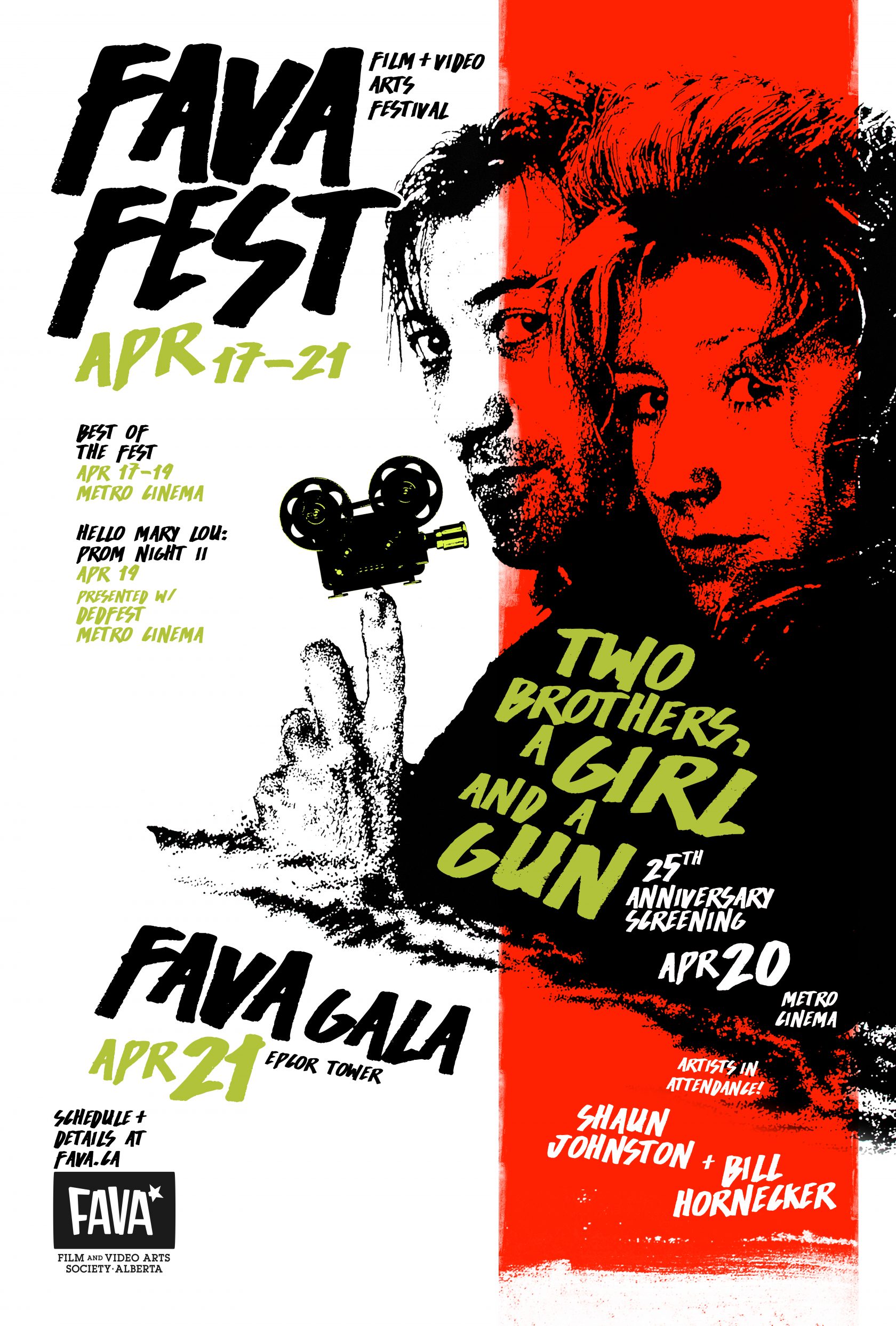 Our jury has selected a series of films from our FAVA FEST submissions to be screened throughout the festival as the best of the festival. Tonight’s program will have a short Q & A after the screening. Program 1 features:

Our jury has selected a series of films from our FAVA FEST submissions to be screened throughout the festival as the best of the festival. Tonight’s program will have a short Q & A after the screening. Program 2 features:

Our jury has selected a series of films from our FAVA FEST submissions to be screened throughout the festival as the best of the festival. Tonight’s program will have a short Q & A after the screening. Program 3 features:

NEW THIS YEAR –  We put a call out to our sister co-ops in the region for the best from their filmmakers and will be handing out an Award of Excellence in this category at our FAVA GALA on April 21st. Our jury has selected a series of films from those submissions to be screened as the best from the region. The program features:

Our jury has selected a series of films from our FAVA FEST submissions to be screened throughout the festival as the best of the festival. Tonight’s program will have a short Q & A after the screening. Program 4 features:

Get out your skinny ties, satin bows, and lace gloves – it’s time for the prom! FAVA partners with DedFest to bring you a screening of Edmonton cult classic Hello Mary Lou: Prom Night II – filmed right here in Edmonton at Archbishop O’Leary Highschool. The audience can choose to dress up in their “finest” or goriest 1980s prom garb to amp up the experience. The film’s lead, Wendy Lyon, was recently in the Oscar nominated The Shape of Water.

When older brother Wes shows up unexpected, un-appreciated, and late for his mother’s funeral, Cliff can’t wait for his dead-beat bully of a brother to get back on his bike with his white trash girlfriend and ride off into the sunset of ‘never to be seen or heard from again’. But Cliff’s wishes disappear as both brothers come to terms with a dark and disturbing past that would have been better off left buried. As the sticky hot heat of a bald assed Canadian prairie summer builds to the crescendo of a boiling thunder-storm, so do the memories and emotions of everyone involved.

Join us in the lobby of Metro Cinema to raise a glass to Bill Hornecker and Shaun Johnston (Heartland), FAVA’s 2018 Outstanding Achievement Award recipients.

After beating his stubborn german head against the wall for 20 years, Bill Hornecker has finally quit his fickle mistress called film. He has since moved into other creative endeavors such as working with hot molten metal and hard cold stone. He currently pays the mortgage by working as a woodshop technician at the Alberta College of Art and Design in Calgary but is also nurturing his retirement package in the form of his teenage son that can blow a mean jazz trumpet.

Raised on a farm in Ponoka, Alberta, Shaun earned a Business Administration Diploma from Red Deer College and worked for a time with the Alberta Treasury Branch. After a few hard working years on his family’s homestead where farming was “a way of life and not a job,” he decided to return to college and begin his paper chase for a law degree. It was then that a drama elective inspired him to change direction, and he ultimately earned a Bachelor of Fine Arts in the University of Alberta’s acclaimed drama program. Following his graduation, Johnston co-founded Shadow Theatre in Edmonton and made his first professional forays in Alberta’s thriving theatre scene. He made his feature film debut in Two Brothers, a Girl and a Gun (1993). The role won him an Alberta Film & Television Award for best actor. Shaun points to determined archetypal western heroes like Gary Cooper, John Wayne, and Jimmy Stewart as models for the kind of man he likes to portray on screen, someone who stands for traditional values like honesty and patient acceptance of what life has to offer. Shaun claims, “All roles are extremely demanding. It’s the nature of the actor’s commitment. But if you want to increase that challenge, play an historical character.  Then you feel the eyes of the world on you”. Shaun played the real-life wagon train captain in September Dawn (2007) and Colonel Nelson Miles in the Emmy-winning film Bury My Heart at Wounded Knee (2007).  For these works and his other credits, Shaun received in 2011 the prestigious David Billington Award from the Alberta Media Production Industries Association.

The festival culminates with FAVA GALA – a great big party in a NEW LOCATION on the 16th Floor of the Epcor Tower! Mix and mingle with Northern Alberta’s filmmakers, take a gamble on our silent auction  and hang out at the whiskey bar. We’ll celebrate the best of the festival with cash awards and honour film, video and media art in style. Stick around after the awards and try your hand at video jamming, let loose on the dance floor,  and admire Edmonton’s downtown skyline at night. Join us as we shine a spotlight on the excellent work that is being made right here in Edmonton & Alberta.

Take a sneak peek at our silent auction items for gala night. (List to come)